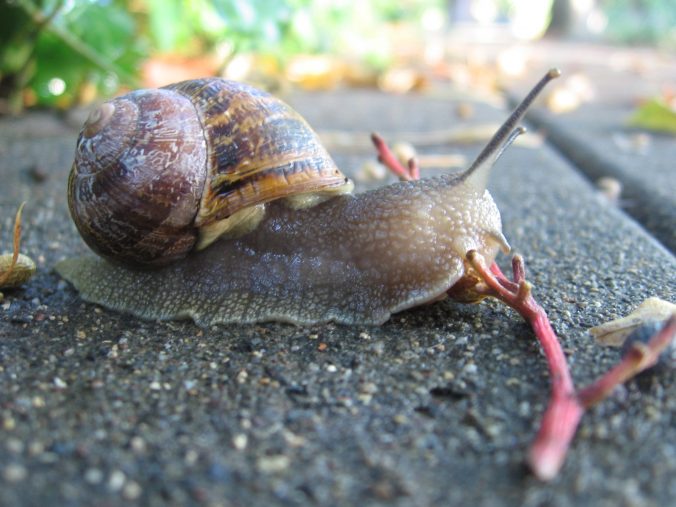 Want to get rid of snails in your yard? Have some spare beer in your fridge?  Make a snail trap! I decided to do this myself when we had a large infestation of snails that were eating up our garden. Each morning I saw snail trails all over the sidewalk and on some of the plants, many of which were chewed up completely.

Snails and slugs travel in the evening when it’s cool. Although they have a reputation for being slow, they can easily scarf entire crops of seedlings in one evening (at 50 yph yards/hr). During the day they hide underneath cool places that have wood or inside evergreen plants

As I’ve mentioned before, in most cases I advise against home remedies in the garden. This is because if you pour enough table salt on your soil, you can do damage. Also, putting salt on snails is downright mean. If you had to die, wouldn’t you rather drown in beer than be desiccated by salt? 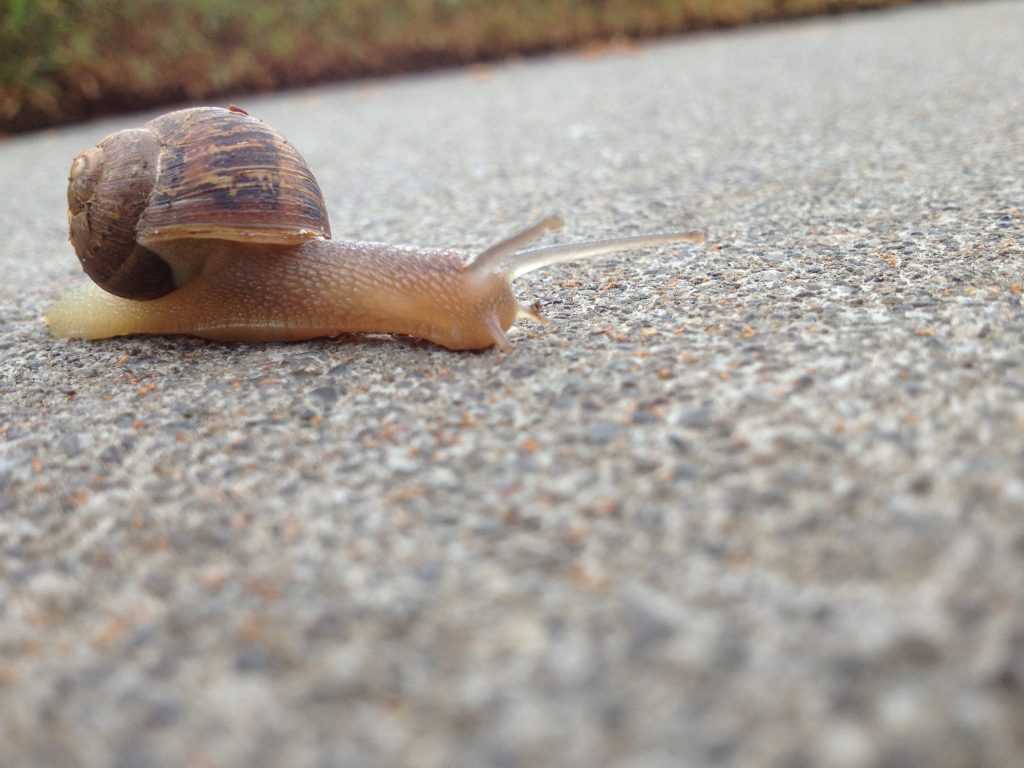 The first time I ever made a beer trap I was a teenager. I thought I was really clever. The snails and slugs eating my strawberries needed to be punished. However, instead of catching snails, I kept discovering empty beer traps. Eventually I caught our dog “Lady” drinking the beer!

To make a beer trap, find a shallow plastic container without the lid (like a cream cheese or salsa dip container) and put it into a hold you’ve dug that’s the same size as the container, making sure the top of the soil is even with the top part of the container. Fill the container with beer and the next morning you’ll find a pile of drowned snails. The pests are attracted by the yeast scent and fall in. Collect the snails and dispose of them each morning.

If you are wondering which type of beer to use in the traps, my recommendation is the cheap kind. I wouldn’t waste an IPA or a Pale Ale. Garden snails (Helix aspersa) are not native to the U.S. and nobody is sure if they were introduced on purpose or were accidentally introduced by cargo ships.  This is not the same snail used for escargot, but it is often used in cooking.