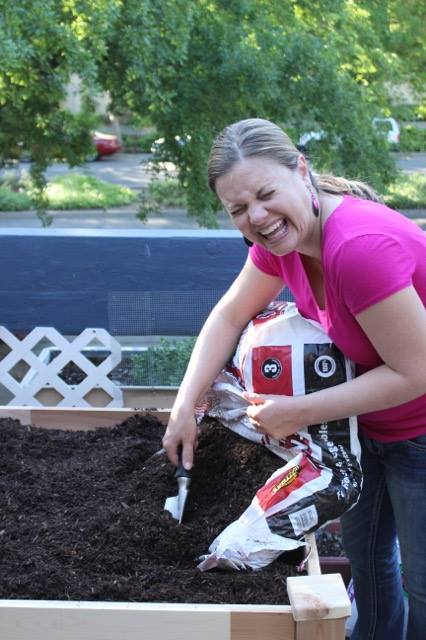 I'm SO excited to start my apartment garden! 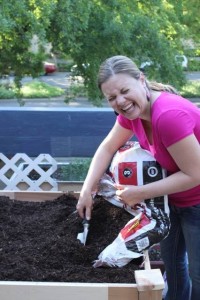 I’m SO excited to start my apartment garden!

Container gardening is not something I thought I would end up doing. Growing up I’d always had a plot of land to grow food and flowers. This continued through my adult life until recently when I moved to a new town and rented an apartment. So far I haven’t found anywhere to live that has space for a garden, so I decided to try out having a porch vegetable garden with flowers.

The apartment has a small, west-facing porch with a pretty window box across the front.The porch gets really warm in summer, over 100℉ on some days in August. I knew there would be challenges and that I might need to come up with work arounds.

In my research I read that aside from leafy vegetables, most vegetable plants need to grow in a container about the size of a 5 gallon bucket. I’ve accumulated several types of containers over the past few years, including some plastic tubs found by the apartment dumpster, pots friends didn’t want, as well as pots found at thrift shops and hardware stores. Unfortunately, most of the containers hold maybe two gallons of soil, so it’s possible some of the plants may not make it through the summer heat. I do grow leafy greens but only in fall and spring.

In case some of the containers failed, I decided to splurge on a CedarCraft elevated planter I found on Groupon, which was not as expensive as I would have expected. The planter holds 4 cubic feet of soil and has space for quite a few plants. 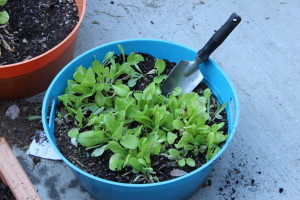 This tub was great for growing greens in spring, but will it work for cucumbers in summer?

I filled the containers and planter with a basic potting mix. Potting mixes that contain fertilizer can be a bit expensive and since I needed several cubic feet, I opted for the cheaper route. As time goes on and the potting mix begins to break down, I will probably add a higher quality potting mix.

I chose vegetables that I like to eat, which makes sense but apparently not everyone does this? (or so I’ve heard). I planted several varieties of cherry tomatoes, cucumbers, pepper, eggplant, pumpkins, squash, beans, basil, thyme, sage, watermelon and some zinnias. I’m a huge eggplant fan so I planted three varieties, among them ‘Kermit’ and ‘Bambino’.

I planted my garden in late April, which in the Central Valley of CA is a good time to plant. Any earlier and the plants just sort of “chill” for a while (as in not growing kind of chill). Most warm season vegetables do not begin to grow until soil temperatures warm up to about 60℉. 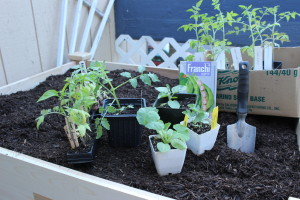 Here are a few of the plants I put in the cedarcraft planter.

After about a month, I noticed the leaves of some of my plants were turning yellow. Stay tuned to find out why! Next blog post coming soon. Please feel free to post your experiences, advice and any questions you may have so all of us gardeners can “grow” together!