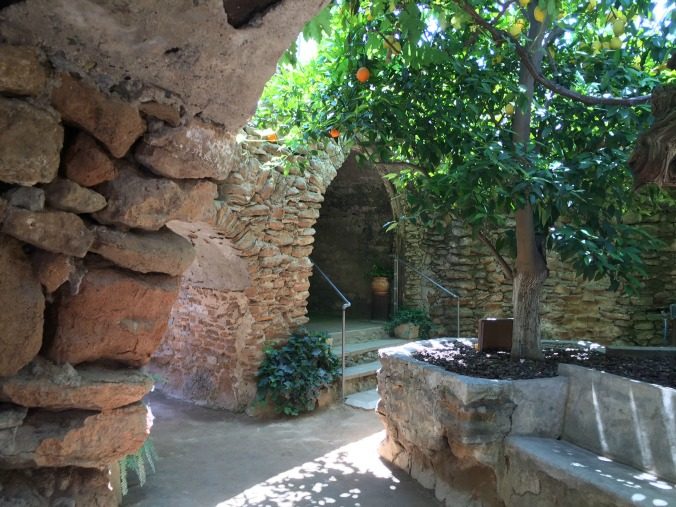 Citrus trees growing out of the ground. 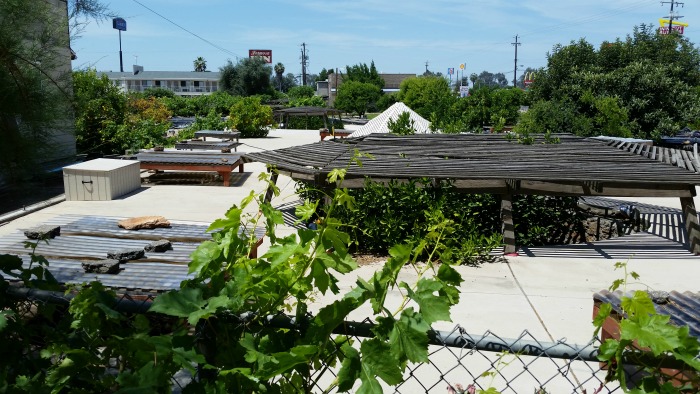 Above ground at the garden. [L.Won]

Forestiere Underground Gardens is a hidden garden gem located in Fresno, California. It was created over 100 years ago by Baldassare Forestiere, a citrus farmer from Italy.

When Forestiere discovered he would not inherit land from his family, he immigrated to the east coast of the U.S. to make his own way.

Citrus tree growing out of the ground. [L. Won]

To earn enough money to purchase land, he spent years digging underground tunnels for the subway. He traveled to Southern California to survey land only to find it was too expensive. He was told that the Central Valley of California was a ideal place to farm, so he purchased 80 acres of land sight unseen.

However, when he arrived, Forestiere found that the land he had purchased wasn’t suitable for farming. His property was full of sedimentary rock, also known as hardpan. These chunks of brick-like rocks went three-to-five feet deep into the ground. Imagine his surprise, dismay and discouragement when he discovered this! Anyone else in this situation might have given up, but this highly imaginative and ingenious man decided to start digging. It was 1906.

Skylight in a tunnel. [L.Won]

Forestiere wrote, “the vision of my mind overwhelms me.” During our walk through the the underground gardens, the tour guide explained that no blueprints for the underground rooms were ever found. He kept all of his plans in his head and must have constantly designed and renovated them as he dug.

Forestiere designed the tunnels so that air flowed through them, and the underground home that he created is very well ventilated. Most tunnels are filled with light due to skylights carved into the ceilings. Fresno has very hot summers (over 100F/37.5C), and the underground gardens were remarkably cooler that outside summer temperatures. They were also warmer during winter.

The neat thing about the property is that it appears to be made using “bricks” which are actually the sedimentary rock. The rock colors are so beautiful. The construction of the rooms made me almost believe I had been transported to Italy. 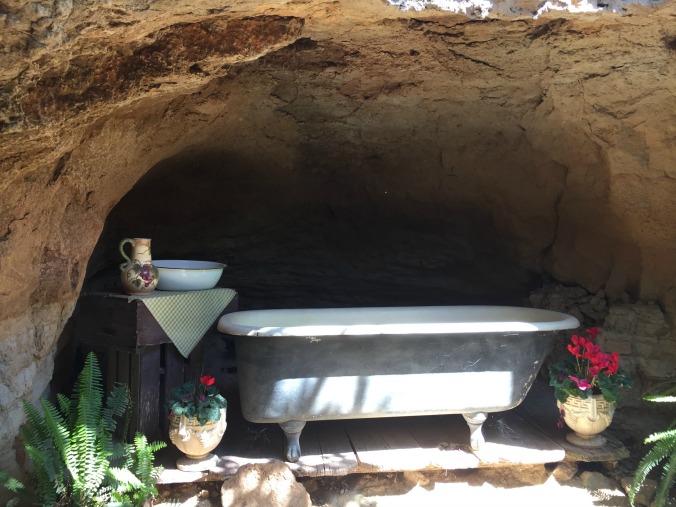 The citrus trees Forestiere planted did very well underground, their limbs and leaves protected from frost during winter and heat during summer. 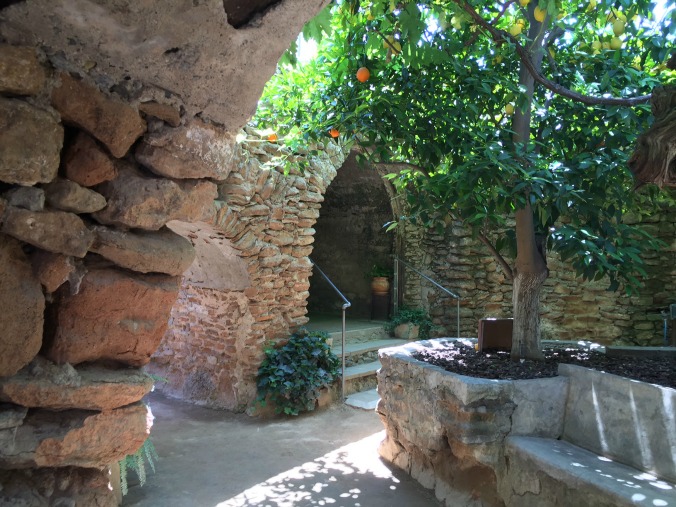 Forestiere also planted loquat, pomegranate, mulberry, carob, date, kumquat, jujube, strawberries, grapes, oranges, lemons, and grapefruit. You can see the tops of the trees after you exit the garden. 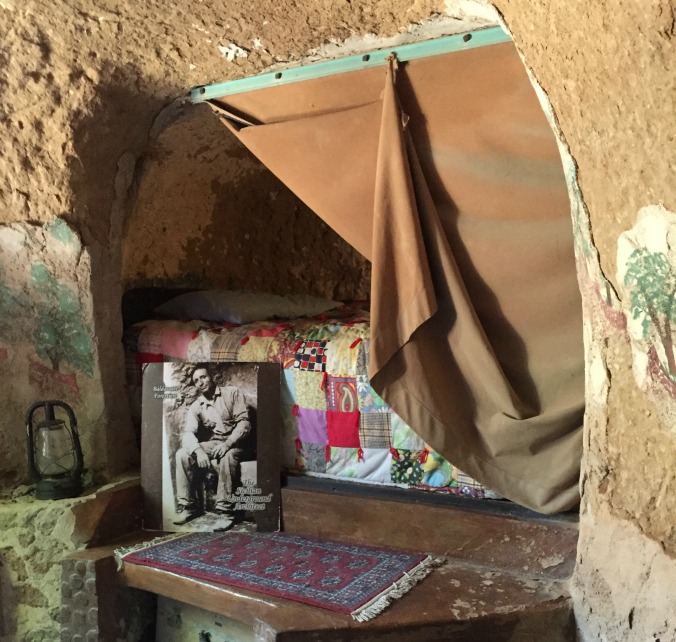 Citrus trees can be grafted onto each other, so oranges, limes, lemons, grapefruits etc. can all be on the same tree. Forestiere grafted many citrus trees and amazingly, several of the trees are over 100 years old and still bear fruit!

Eventually, Forestiere decided against becoming a citrus farmer and focused on making his underground gardens into a resort.

Sadly, he died from pneumonia at the age of 67. He was unmarried and had no children. His Italian relatives didn’t want to move to the U.S. and live on his property, so they divided up the land and sold almost all of it. Thankfully, one of his brothers wanted to preserve the beautiful work and kept several acres which are still managed by the Forestiere family today.

There are so many neat details to see in these beautiful underground gardens.  I’m ready to visit again since I’m positive I missed seeing everything. The tour guides are extremely knowledgeable and enthusiastic and the one-hour tour goes by so quickly. I highly encourage everyone to visit this hidden gem that’s easily found just off highway 99 in Fresno.