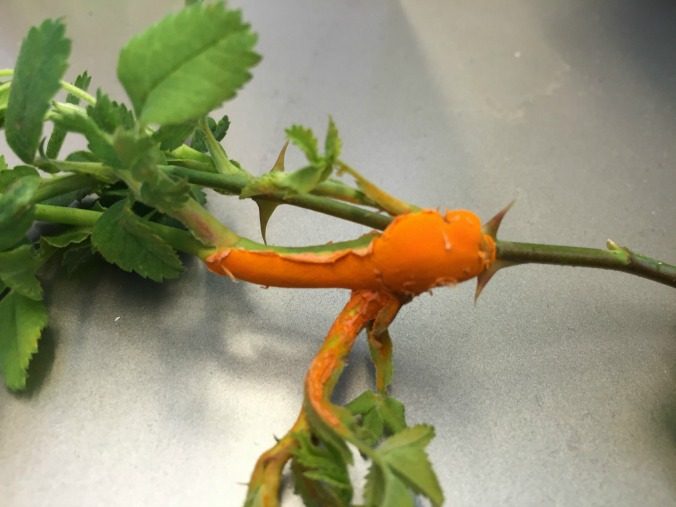 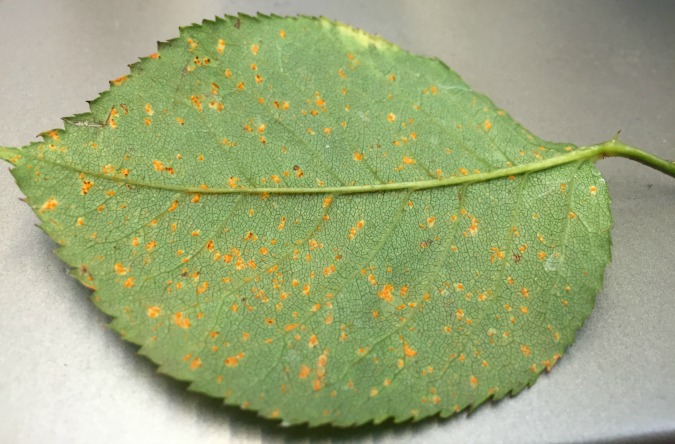 Rust has had a great year. This plant disease does well during wet spring weather. If you’ve noticed odd-colored spots on leaves on plants in your yard, it’s possible your plant has an infection. (However, there are other problems that cause spots as well.)

Rust is a fungal disease that spreads by spores. You can see the pustules (spores) with the naked eye. Sometimes the plant may even have large “blobs” of spores such as the one pictured on this rose stem. I thought it looked like a large cheese puff.

What Kind of Plants are Affected? 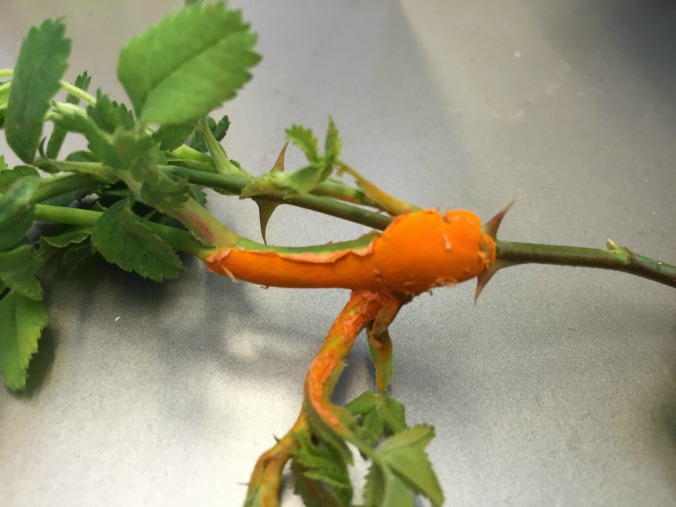 There are many different rusts species, and they affect different host plants like trees, shrubs, vegetables, flowers, grasses, and even bulbs! Rusts are very host specific, so the good news is, rust on one kind of plant (like roses), won’t spread to another plant (like snapdragons).

Which Plant Parts are Affected?

Rust affects leaf stalks, stems, leaves, and infrequently it can be found on flowers and fruits. You can sometimes see the spores that are on the underside of the leaves through the tops of the leaves, such as on this hollyhock. 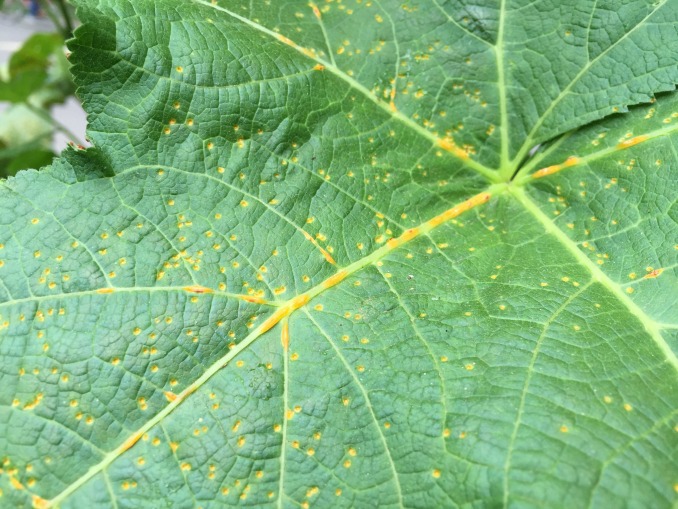 Fungal spores can be orange, brown, black, yellow or white. Severely infected leaves turn yellow and fall off. The disease affects the health of the plant, and in some plants (like snapdragons) it can kill them.

Avoid overhead watering as this promotes spore germination. Since rust thrives during wet springs, give plants good air-circulation so the leaves to dry quickly. Space annual plants like snapdragons 8-10 inches apart, and for trees and shrubs, prune during fall so that branches aren’t touching or too close together.

For small amounts of rust, remove the leaves when you see infection and throw them away. Do not compost. Removing large amounts of leaves isn’t good for the plant, and if your plant is severely infested, you may want to consider replacing it with a rust-resistant plant.

Fungicides are a type of pesticide that can be used to prevent rust.

The type of fungicide you choose to use is dependent on your plant. Fungicides can be used as a preventive and also to kill rust spores that are present. Make sure to read the label and choose the fungicide that works for your type of plant/s.

To use a less-toxic pesticide, choose products that contain neem oil. Although they are less-toxic than other pesticides,organic products like neem can still harm honey bees and other natural enemies if they are sprayed directly. Apply in the early morning or late evening when insects aren’t flying.