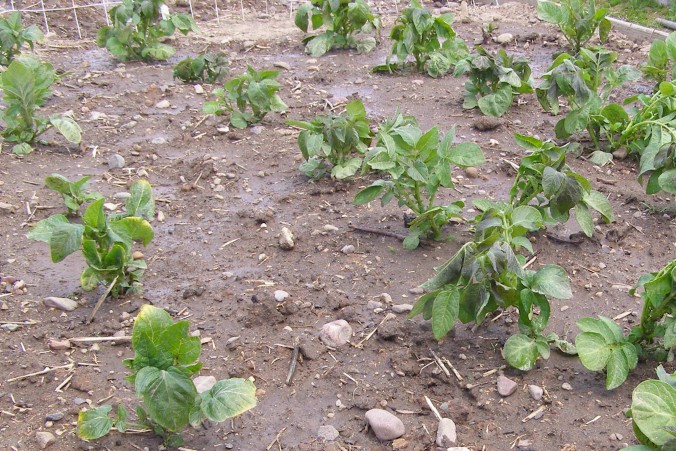 Have you watched my potato planting video? If not, watch Planting Potatoes for a quick review.

The potatoes did really well, and aside from a frost that nipped at them slightly, the tops of the plants were green and healthy. Frost damage happens when temperatures drop below freezing, and the succulent growth dies back. Here is an example. 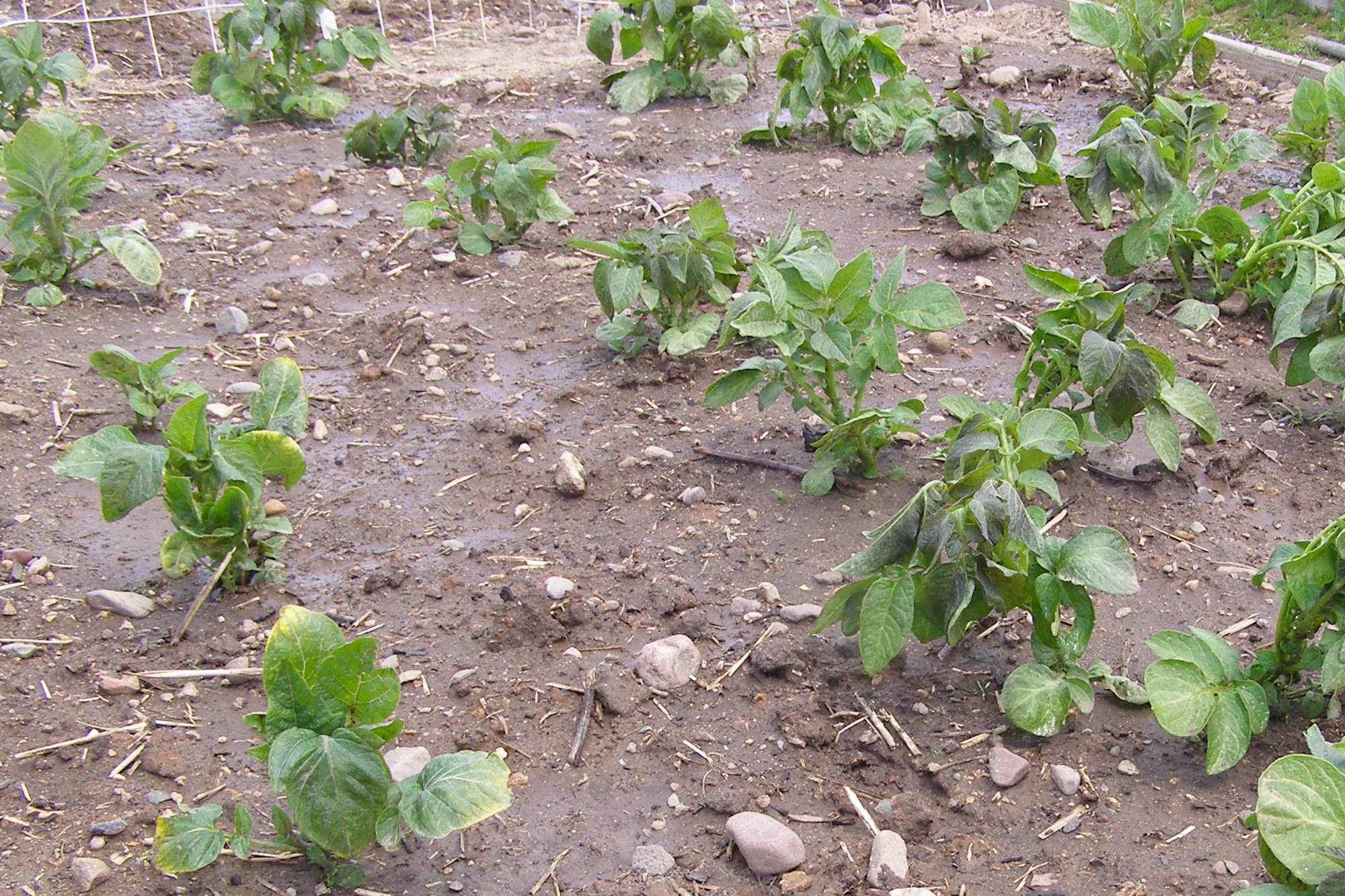 As you can see, the plants recovered, and I expect by next month they should start flowering. Not too long after, it will be time to dig them up and have a feast! Now is also a good time to dig up a few little potatoes for a small dish of “new potatoes” to add to a dinner dish. 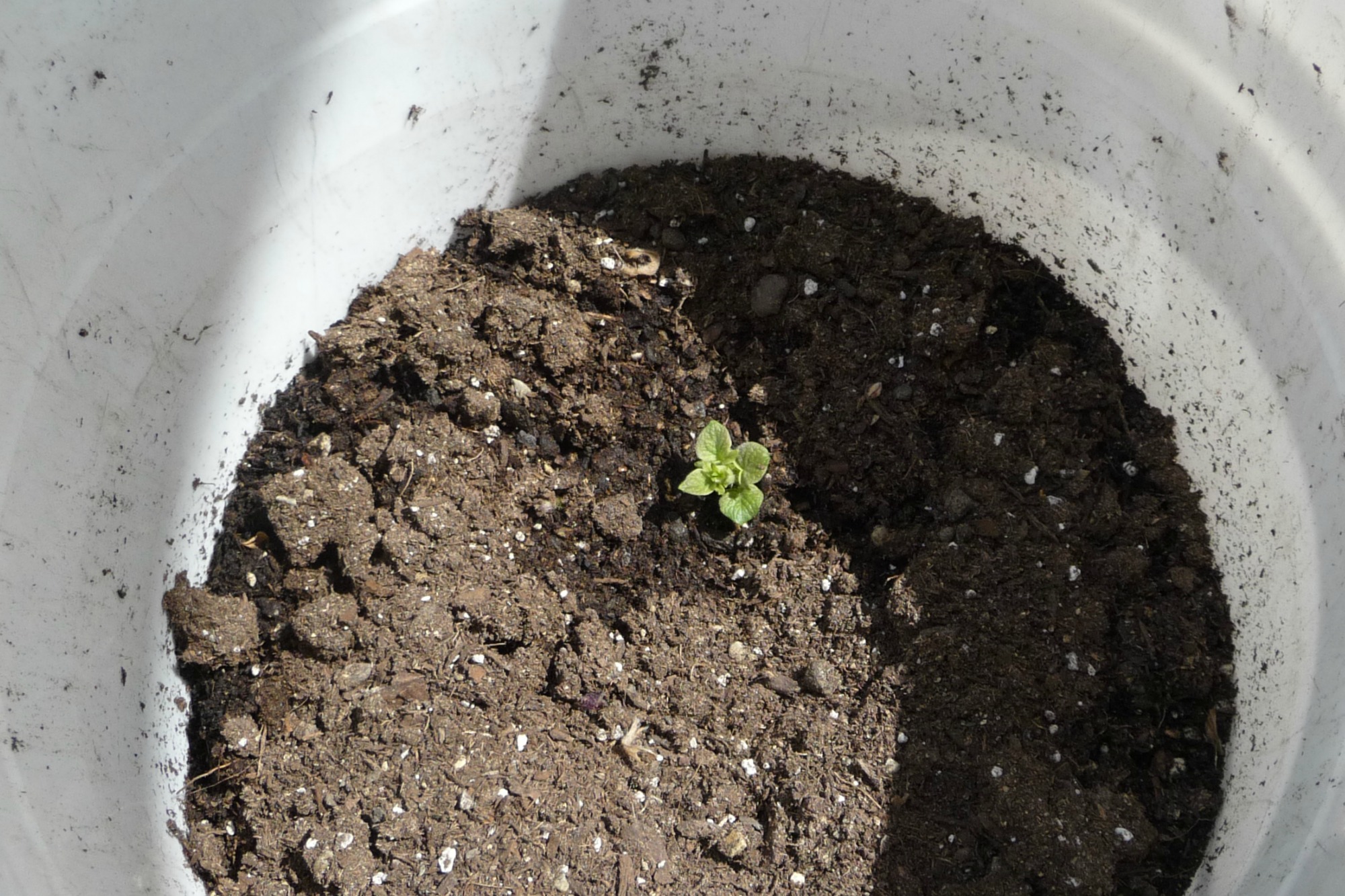 So I may have neglected to mention that aside from the potatoes I planted outside, I also planted some in a bucket! Yep, that’s right. A 5 gallon bucket with holes poked in the bottom for drainage, filled about halfway with potting soil. I did this last year and only put 1 potato in the bucket and got 3 potatoes out of the experiment. This time I deposited 3 fingerling potato pieces, and am hoping for 9 potatoes! I planted them about 3 inches deep. This photo was taken on April 10th. 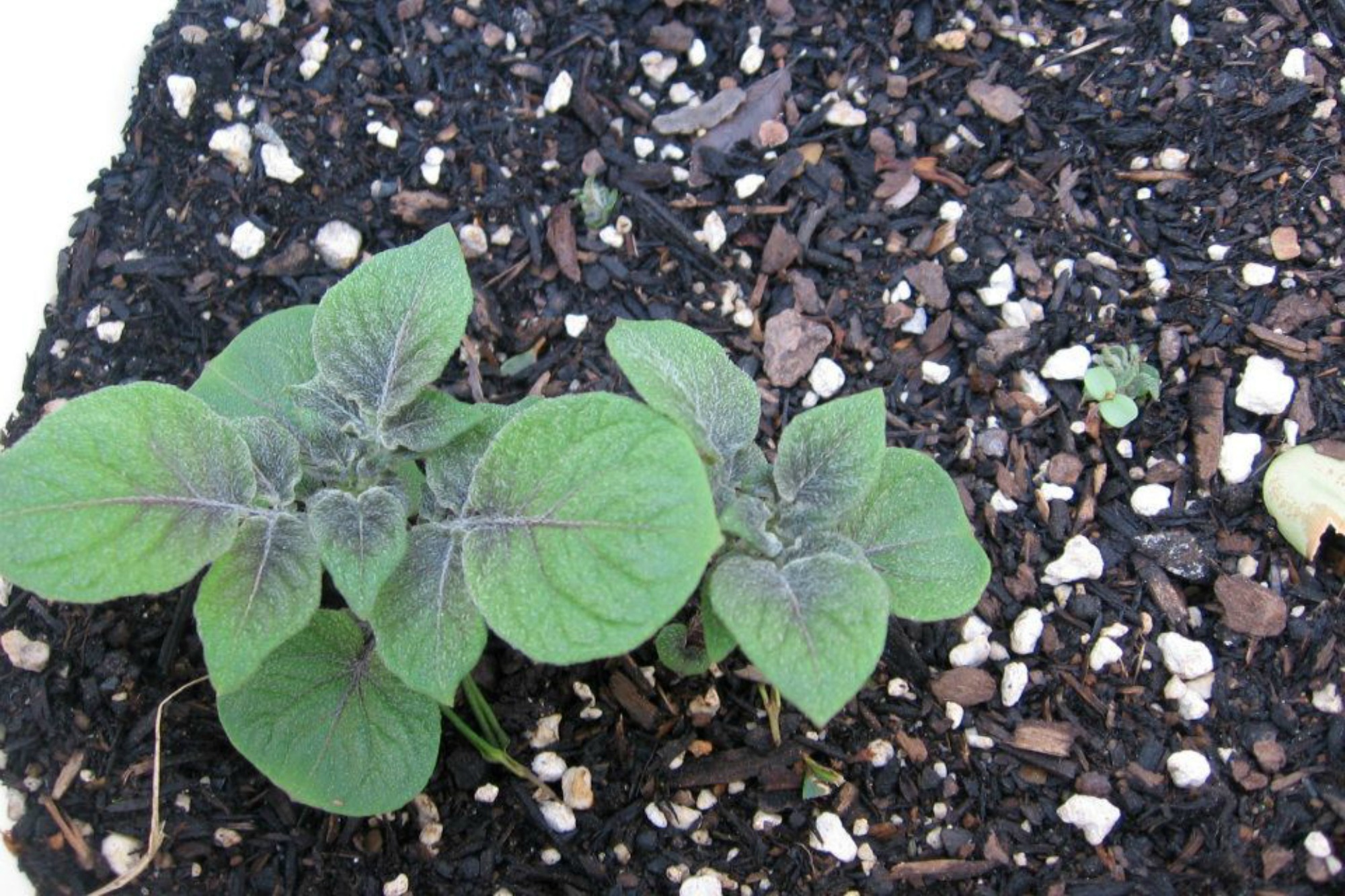 The weather has been really sporadic lately, with days of rain followed by days of sun, and plenty of wind in between. I almost forgot about the stuff growing on the porch. I was out of town for a week for work, and when I returned and looked outside I was amazed! I took this photo on April 24th, and you can see the dramatic difference between the two photos! In a few more weeks, I’ll dump the bucket while taking photos and probably make a video too. Maybe I’ll even come up with a few tasty recipe ideas for using the potatoes. If you’ve never tried a fingerling potato, you’re in for a treat. They are so much tastier and creamier than the hum drum white, red and russet potatoes found in the store! I can’t wait until harvest!