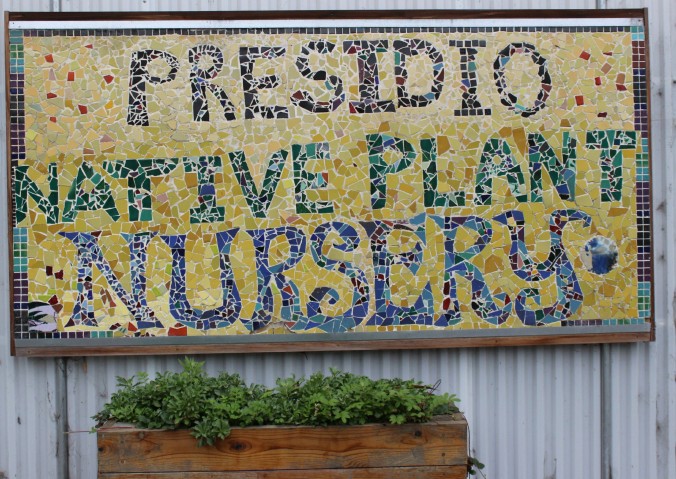 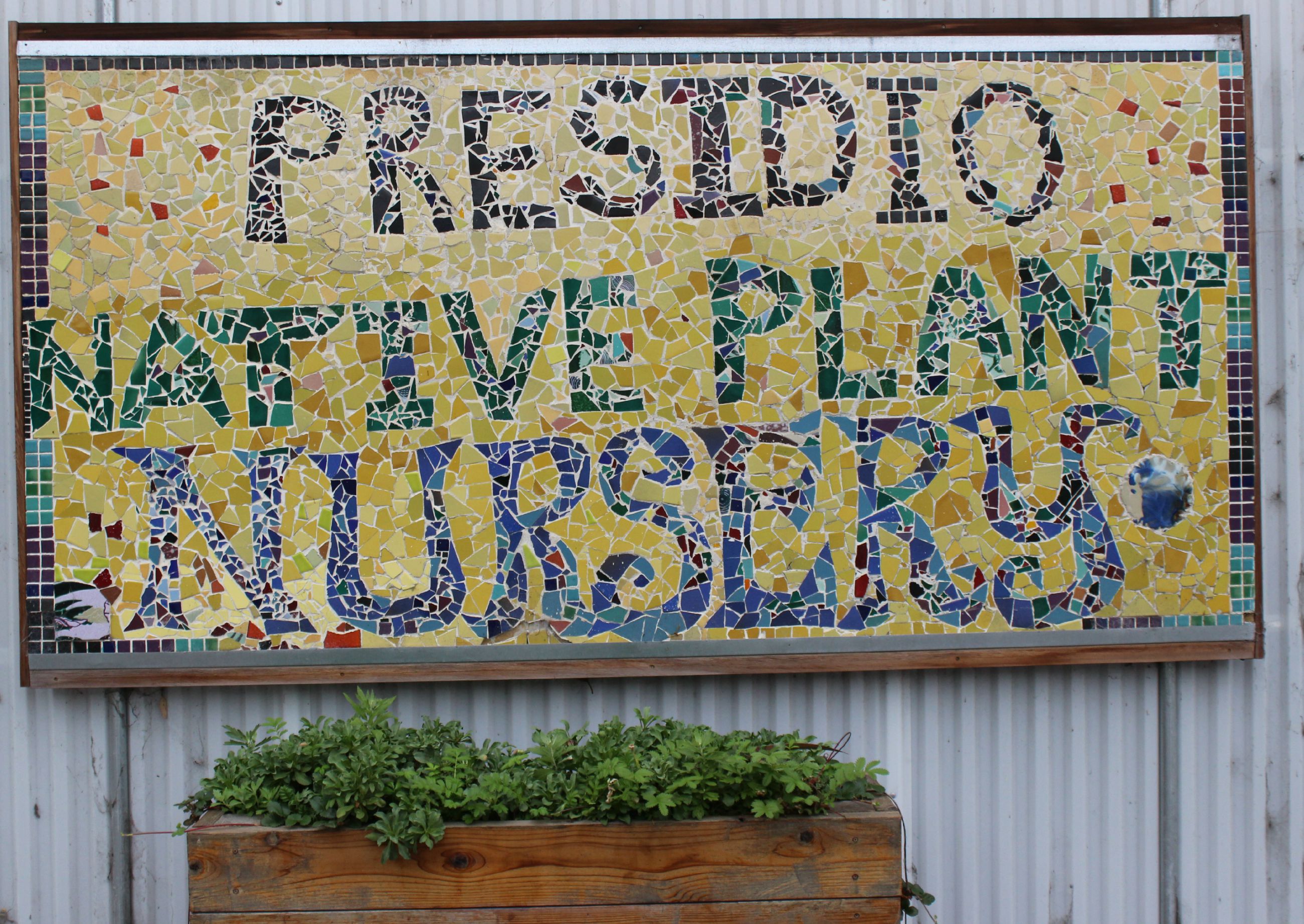 This summer has been extremely hot! My friend Holly (of Kimchi Kawaii fame) and I decided to leave town and escape the 106 degree heat and “chill” in San Francisco. Holly and I have explored much of San Fran, but we’ve never visited the Presidio, a historic military park built in 1776, before California was even a state.

Once we arrived, I saw the words “Presidio Native Plant Nursery” on the map. Since I’m like a meat bee to a barbecue when it comes to nurseries, I convinced Holly that we should go. She agreed and thought we could get there easily by walking. Ha! (we did get a lot of exercise). It was a bit of a trek, but we finally found it. 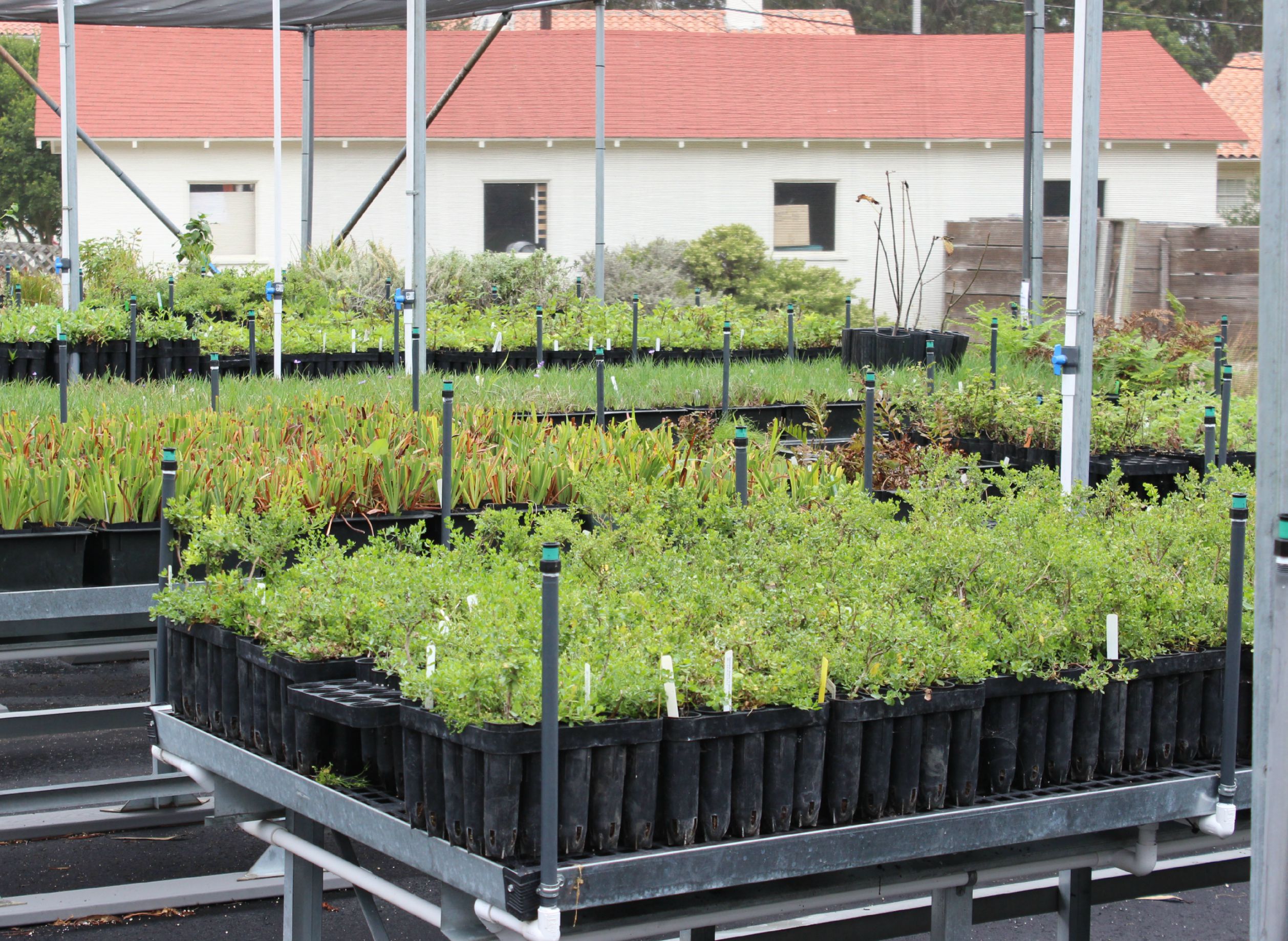 Our plan was to take photos and possibly buy a few plants, but we found out it that it wasn’t that kind of nursery. The employees told us the purpose of the nursery was to grow native plants for revegetation projects within the Presidio. It was part of partnership between several agencies including the park service.

The plants in the nursery are grown from seeds gathered from native plants in the park. The nursery grows seedlings of plants such as oak, ceanothus, current and various grasses to be planted on the Presidio grounds. 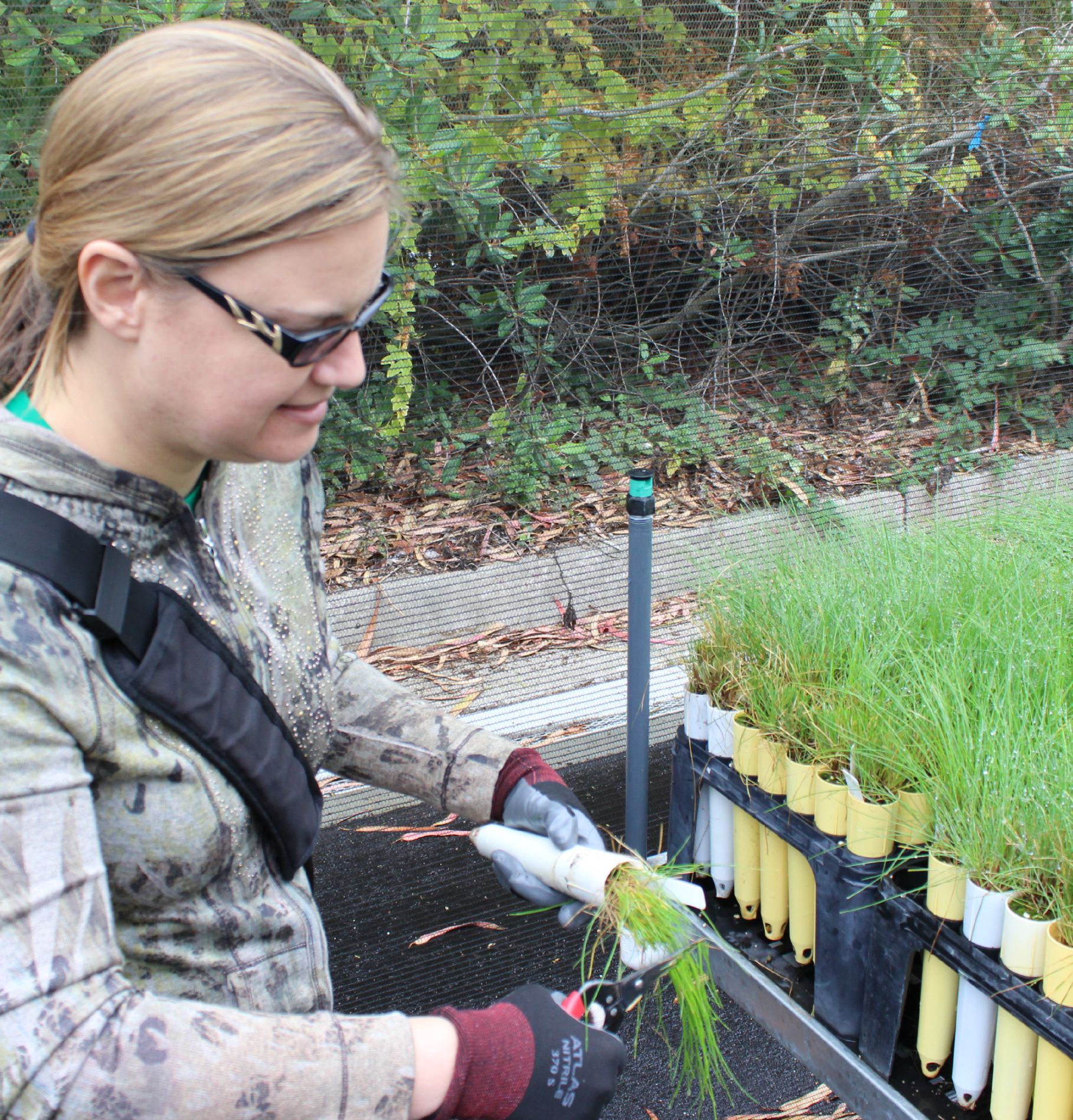 That day one of the tasks was cutting back a native grass called red fescue (Festuca rubra). Cutting back each little container of grass was strangely satisfying. As we did so, we started brainstorming possible future projects like a fairy garden coloring book for kids.

After cutting grass for a while, we were told there would be a snack break. There was a tasty spread laid out along with hot tea and coffee. I talked to Rebecca, one of the volunteer managers, who told me that the nursery is grateful for the volunteers who allow them to accomplish so much more than they could do on their own.

If you decide to go:
The Presidio
The Presidio Native Plant Nursery
The Presidigo (free shuttle in and around the Presidio)
The San Remo (one of Anne’s favorite hotels)

*Volunteer times are Wednesdays and Saturdays between 1-4 p.m.

All photos by Holly Guenther

Confessions of a Not-So-Perfect Gardener