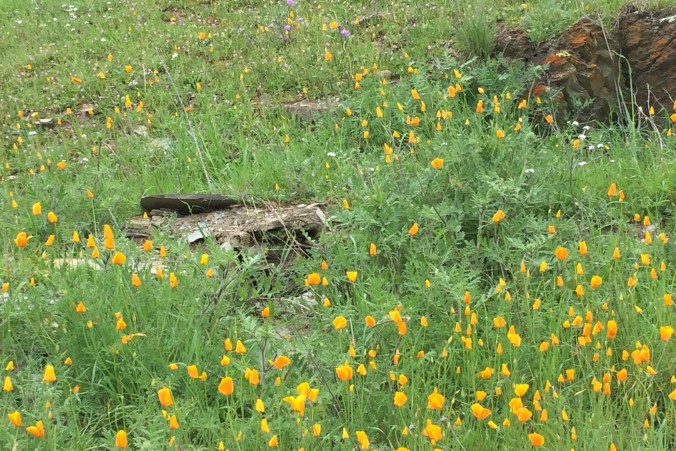 This past weekend I went hiking to see wildflowers in the hills above where I grew up. I was delighted to see so many gorgeous blooms! It was a cloudy day which should be good for photos, but I only had my iPhone 6. I was honestly a bit disappointed in how the photos turned out, as the camera phone does really well in other situations. Possibly I should have changed the settings or done something differently. 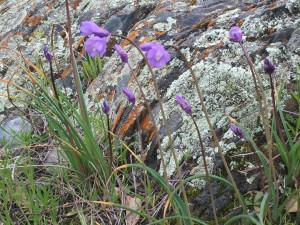 The first wildflowers we stumbled upon were perennial plants that comes from a corm. The flowers are also known as ‘Blue Dicks’ (Dichelostemma capitatum). The botanical name is pronounced “Dick-eh-lo-stemma,” hence the name.  The species is native to the Northwestern Americas. The flowers didn’t photograph very well but you can see the clusters of petals grouped together are really pretty.

Okay, so I saw “The Wizard of Oz” too many times as a kid. AND these aren’t the same kind of poppies. But I can’t help it, every time I see a field of poppies I heard the wicked witch of the west’s words in my head. 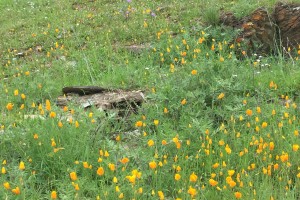 Did you know that poppies open and close each day? There are several flowers that do this for various reasons such as protecting their nectar from nighttime critters like bats and moths while others do it to protect themselves from the cold. The hills were blanketed with tons of poppies (Eschscholzia californica) that were closed because it was an overcast day. 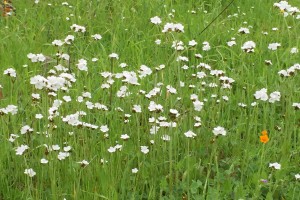 These bright, cheery white blooms are those of the popcorn flower, (Plagiobothrys nothofulvus). They were growing intermixed with the poppies and made quite a splash. White flowers can be difficult to photograph. Again, super bummed I didn’t bring my camera!

Leaflets 3, Leave them be! 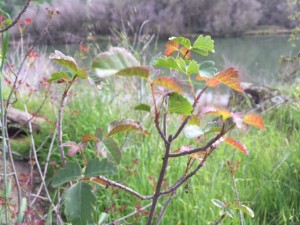 Leaflets 3, leave them be!

Poison oak (Toxicodendron diversilobum) might not be considered a wildflower, but it’s something you should watch out for while hiking and looking at wildflowers! I spotted this after I saw some growing on the path. So far nobody

is showing signs of symptoms so I don’t think we brought the oils home with us. You can read about some friend’s of mine who weren’t so lucky in my “Watch out for Poison Oak!”  blog post. 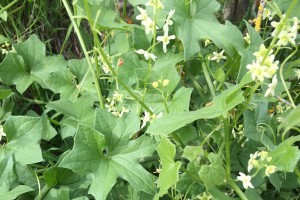 If you’ve ever seen this vining plant and wondered what it is, wonder no longer! This pretty plant gets interesting seed pods in summer and is called wild cucumber or man root (Marah fabaceous). Native Americans used this plant medicinally. It’s really bitter so don’t try to take home the pods and eat them as a cucumber!

I hope to do more hiking soon. If you do any hiking and take wildflower photos, be sure to share them with me on Facebook or twitter!