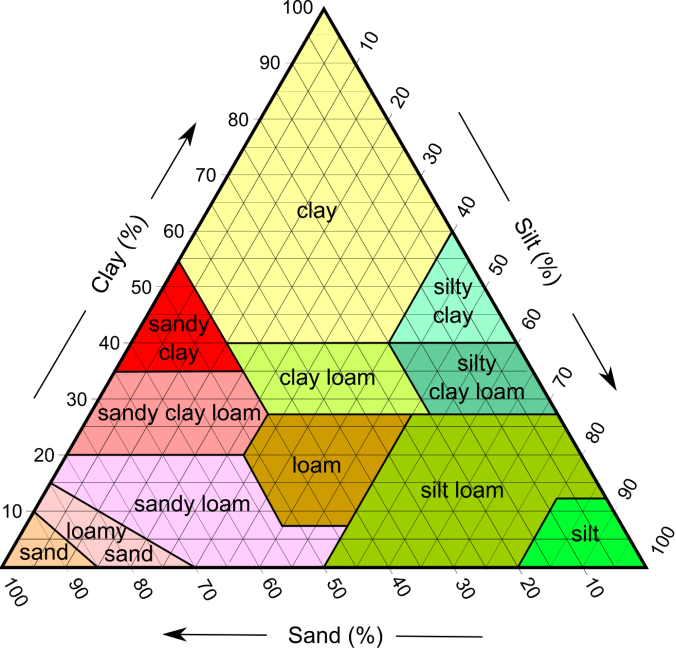 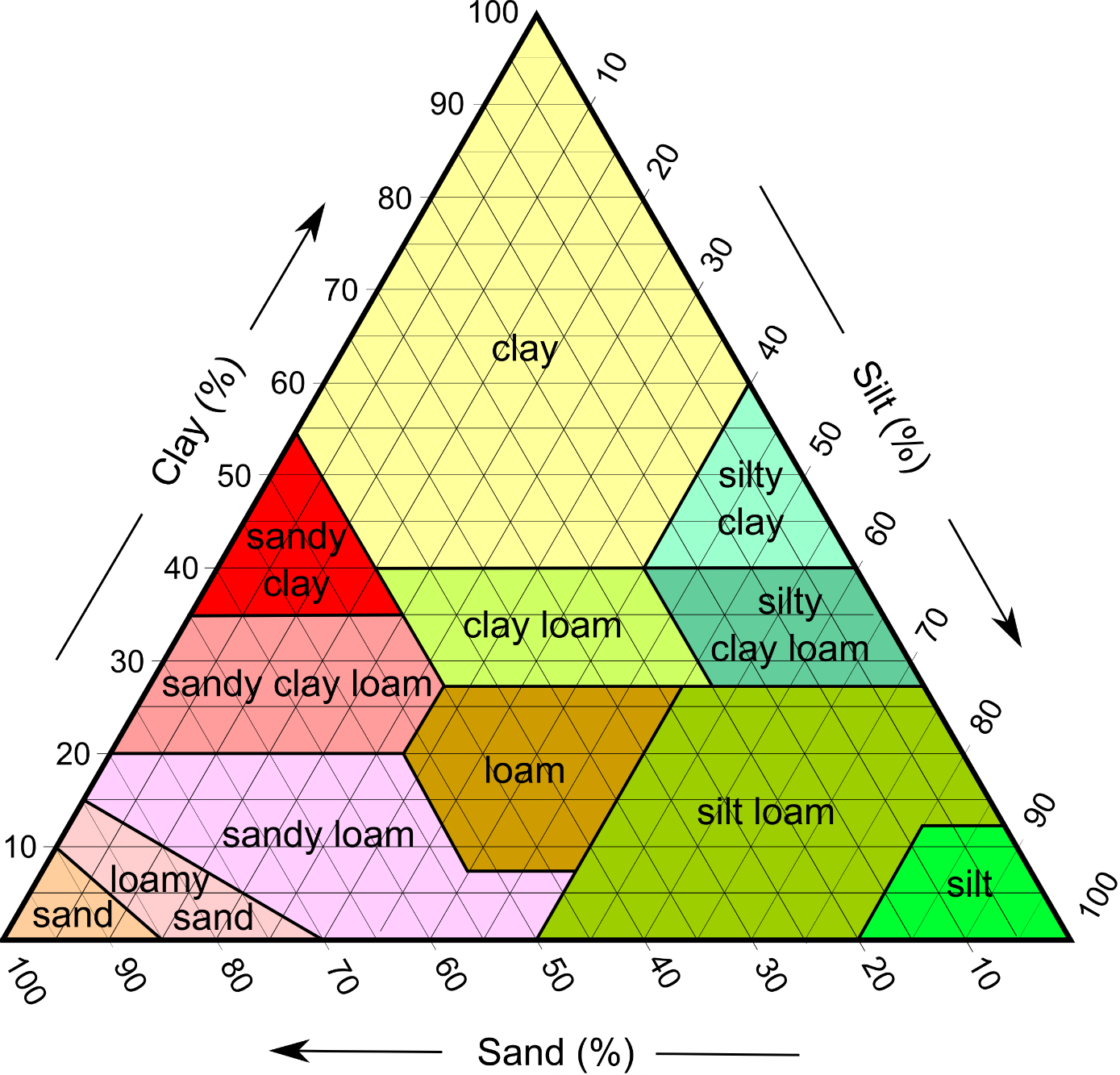 One of the toughest classes I took in college was about soil, it was called “Soils 101.” You wouldn’t think a class about dirt would be so difficult! The first thing I learned was not to call it “dirt.” This produced an eye-roll followed by a sigh and look of disgust from our teacher who explained, “Soil is not dirt. Dirt is the stuff that gets stuck underneath your fingernails.”

Where do soils come from?

All soil comes from rocks, which break down over millions of years into tiny particles called sand, silt or clay. Your soil type (see triangle) is determined by the combination of these particles (also called textures). It’s not absolutely necessary to know your soil type, but if you are curious, you can contact your local NRCS office and ask to look at a map.

In a garden, it’s important know which texture in your soil is most dominant. To find out, do a simple test. Take a handful of soil and add water until damp. Then try to roll it into a ball. If it stays in a ball easily, it’s clay. If it won’t form a ball, it’s sandy. If it doesn’t roll into a ball completely or totally fall apart, it’s probably silty.

Each of the three particles has a different size. Sand particles are the largest, silt is smaller than sand, and clay has the smallest particles. Particle size also determines the size of the air space that surround each particle. This means sandy soils have the most air space and water, air and plant roots move around freely.  Clay particles have the least amount of air space, and sometimes pack so tightly together there is hardly room for water, air or roots. (Which is why it makes good bricks).

No matter what kind of soil type you have, the best way to improve it is to add organic matter (OM), which is decomposed plant material and/or animal manure. OM helps sandy soil retain water, and it adds air space between clay particles. OM breaks down after several months, so it will need to be replaced fairly often.

Of special importance! When amending the soil, before planting, amend the whole area, not the planting hole. This creates layers in the soil and makes it difficult for water to penetrate thoroughly.

To learn more about soils, read Gardening 101: Soil Preparation on my website.

The Frost Cometh: Protect Your Plants!