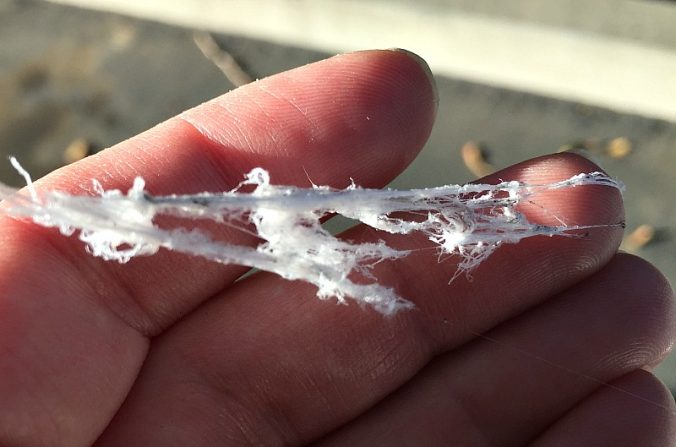 Gossamer and Spiders in FallBugs in Your Garden 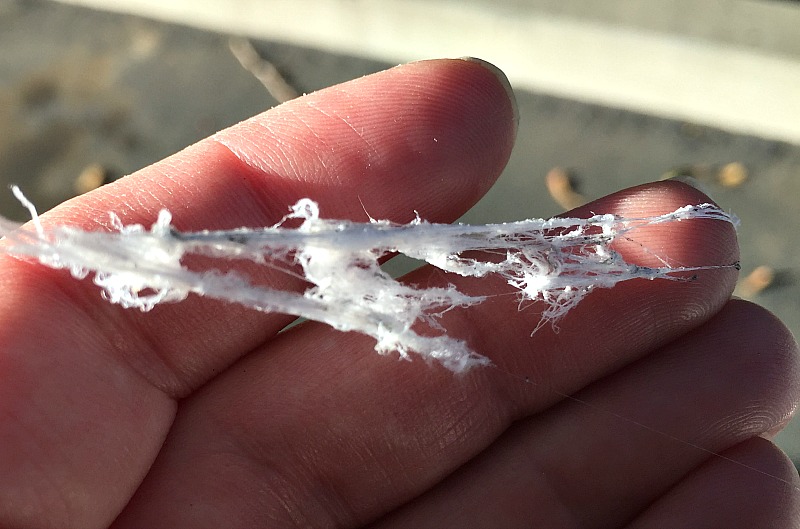 Every year in late October, I notice strings of “silk” on fence posts, plants and even the sidewalk. My initial assumption was that it was caused by spiders, but one of my friends vehemently disagreed and said it was from plants. So of course, I had to look it up and find out the truth!

After my “I told you so” moment, I decided to learn more. I discovered that the silken threads spotted in fall were from baby spiders. The threads are called gossamer. Then I remembered the scene in Charlotte’s Web when Charlotte’s spiderlings started leaving. Each of them produced a strand of gossamer that allowed them to float away on the breeze. This phenomenon is known as “ballooning.”

Why do spiders use gossamer? Since spiders can’t fly, gossamer is Mother Nature’s way of helping them get around. Spiders can crawl, but not very far, so ballooning ensures the numerous spiderlings spread out so each of them has enough habitat. Charles Darwin noted spiderlings on his ship when it was out to sea, 60 miles away from shore! Spiderlings can travel as high as 2 miles and as far as several hundred. 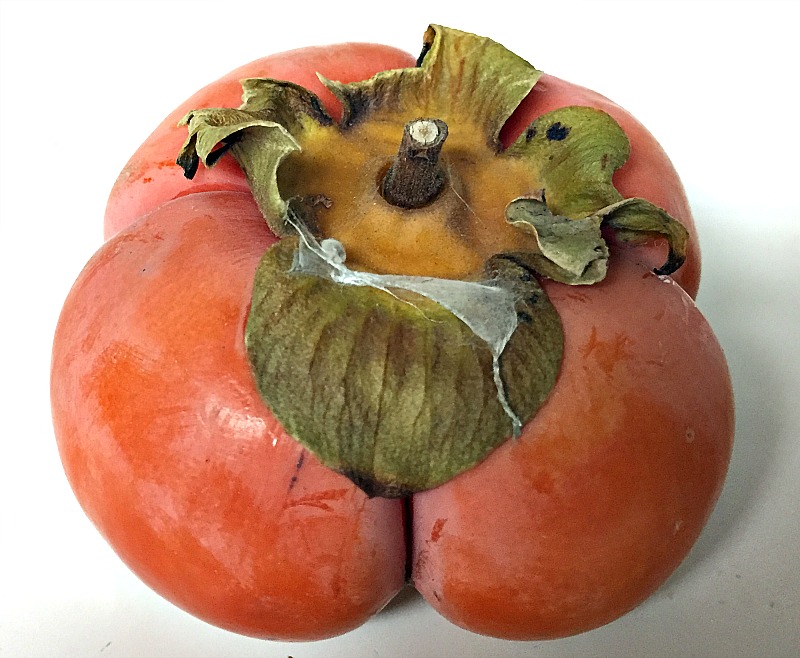 Gossamer on a persimmon.

The part I find interesting is that each spiderling has a tiny piece of silk, but somehow it all ends up gathered in one spot into a large clump. Further reading has revealed that this is because thousands of spiderlings are released at the same time.

Spiders in the Garden

Once the baby spiders land, they have to withstand the big, dangerous world of predators and only a few will avoid being eaten. If you are lucky enough to have them land in your garden, they will act as beneficial predators and eat lots of pests. Most spiders spotted in the garden do not harm people. In California, the black widow spider is commonly found, but most bites do not result in death. If you are bitten and get to an emergency room soon enough, the symptoms can be alleviated.

If you are interested in learning how to attract spiders and other beneficial insects to your garden, please read my Beneficial Insects article.

Marijuana, Cannabis and Prop 64 in California