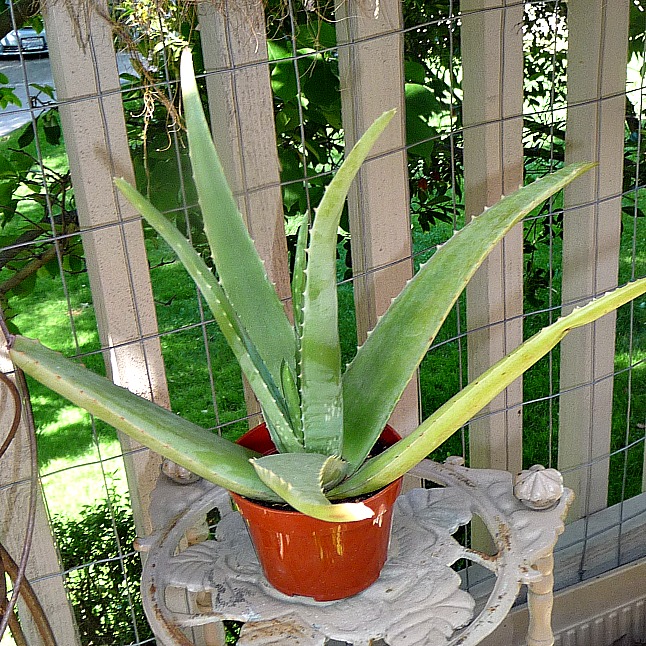 I had my first aloe experience many years ago when I spent the night at a friend’s house. The next morning, I hunched over the bathroom sink while brushing my teeth and my elbow inadvertently landed on her hot curling iron. Yeoch! Her mother heard my yelp, assessed the situation and motioned me to follow her. We stopped in front of a collection of various potted plants. She leaned over a spiky one, cut off a leaf, and handed it to me. She said the plant was Aloe vera, and that I should squeeze out the gooey (stinky) sap onto my burn, which had turned bright pink and hurt.  I did as I was told, and was surprised at how cool and soothing it felt. I was instructed to apply the gel frequently, and sent me home with several leaves*. 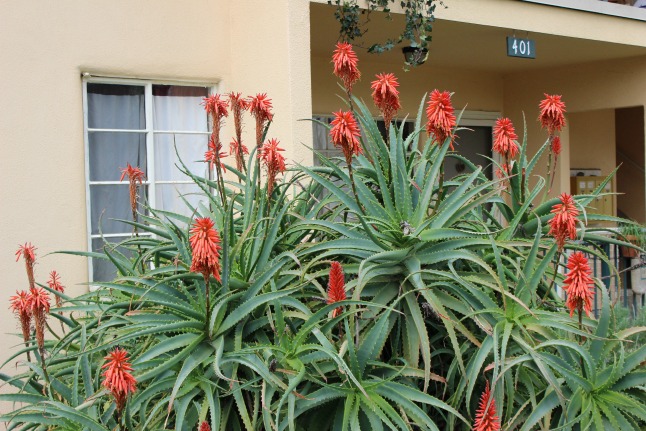 Teenagers have a tendency to get scars from all kinds of things, so when this particular burn didn’t scar, I was intrigued and impressed. I bought my own aloe plant and used it frequently for burns, bites, cuts and scratches.

In college, I had an assignment to study a plant genus, and aloe was the natural choice. Believe it or not, they can be trees, shrubs or perennials. 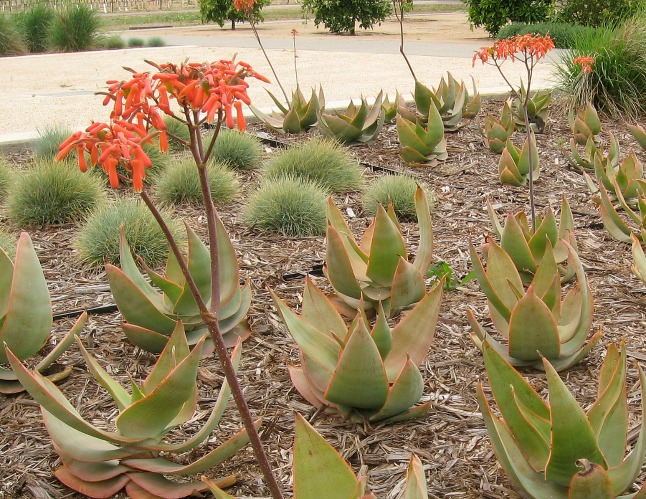 Aloe in the landscape.

Most Aloes are native to south africa, and need a warm climate. Some species will tolerate frost and below freezing temperatures. Some can withstand temperatures that drop to about 20°F.

Aloes have beautiful blooms that are very show and can last for weeks. The colors are usually shades of yellow, red, pink or orange. Check local nurseries for varieties that do well in your area, but remember only Aloe vera is used medicinally.