After the box is built, it’s time to add the soil. Mel came up with a “mix” for the box that is a combination of peat moss, vermiculite and compost. In my opinion, Mel’s Mix is needed only when gardening on top of cement, lawn or a table (in this case drill holes in the table for drainage).

To garden in your backyard soil, simply add 6″ compost and mix well with a rototiller or shovel. This will create excellent drainage, as well as save you money (peat moss and vermiculite are pricey). Both clay and sandy soils benefit from compost, an amendment often sold cheaply by cities who recycle yard waste. In my town, you can get a truckload for $12.  Each time you remove a plant, add more compost to the square and mix well. 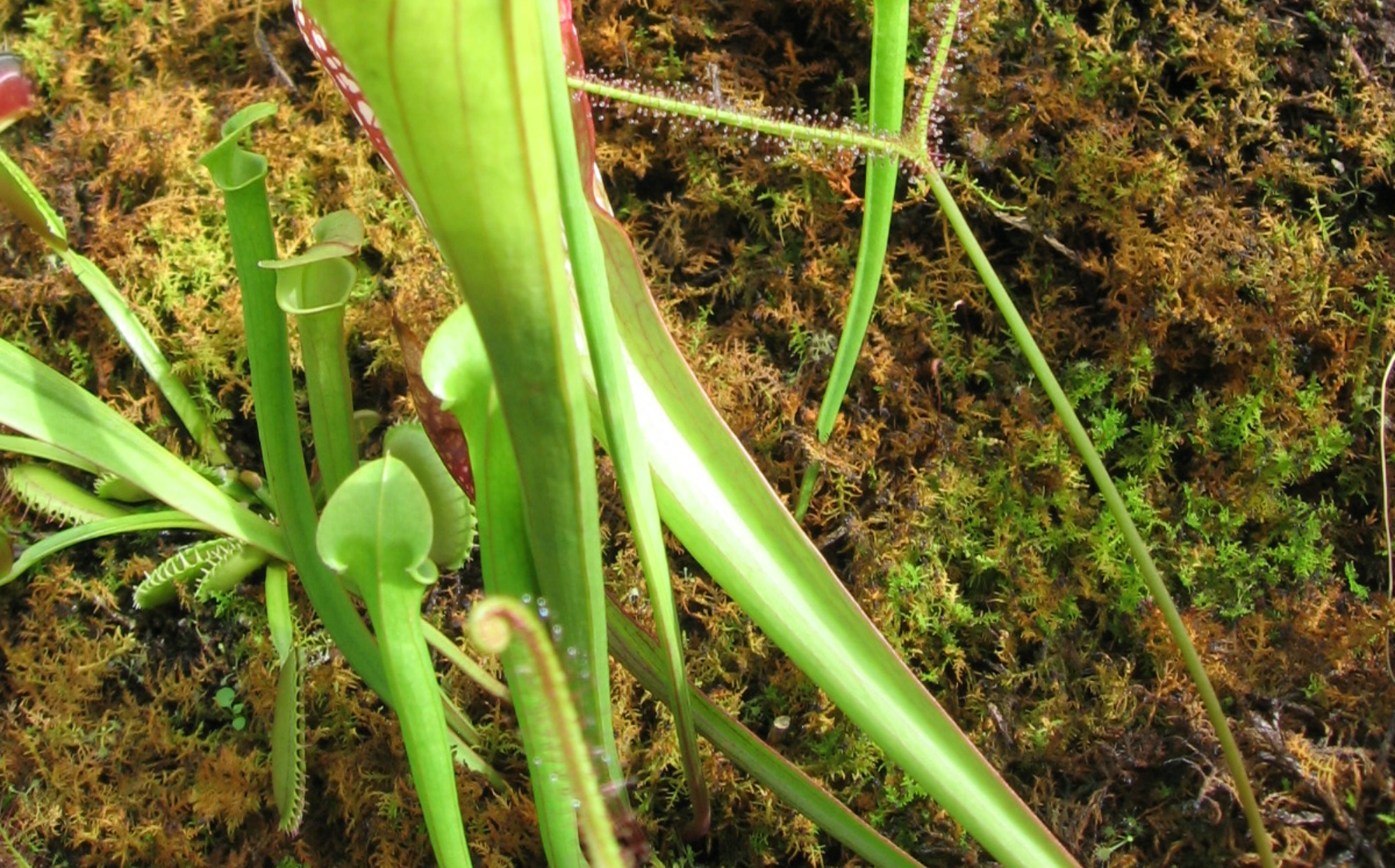 On another note, peat moss originates in fragile ecosystems that cannot easily be reestablished.  One of my first jobs was at a plant nursery. I needed to make some hanging baskets, so I opened up a bale of peat to use to line the baskets, and was surprised to find a dead, dried up pitcher plant (Sarracenia species) inside the bale! I was about 19 and thought it had gotten there by accident. Later on I found out that peat bogs are a type of habitat, and many plants in the Sarracenia genus are endangered.

Peat bogs account for just 2% of the world’s surface. To read an informative article about peat moss, click here. Mel addresses the issue of peat moss in his book. He defends its use as a one-time only start to each box. After a box is established, both peat moss and vermiculite need not to be added again.

Some gardeners suggest coir as a substitute. Coir is more expensive than peat. It’s made from the fiber of the husks extracted from coconuts.  It’s often found in products like floor mats, string and fishing mats. One may argue that coconut coir is shipped long distances which also is an impact on the environment . Decisions decisions!

Vermiculite is another part of the mix. Interestingly enough, it is used by owners of reptiles and tarantulas as a part of their bedding. It also makes a great medium for planting seeds.

In its former life, vermiculite was a mineral called mica. Mica is heated to high temperatures which causes it to expand and become this very cool, golden substance that helps hold water. Many vermiculite bags have a label that says “asbestos free” because some vermiculite mines in the U.S. were contaminated with asbestos in the 1990’s. Products are now tested for safety and labeled accordingly.

If you use Mel’s Mix, multiply your square foot garden 4’X4′ by the depth to get the cubic yards of soil needed.  For example, if the depth is 6″, multiply by .5″ for a total area of 8 cubic feet. Then divide by the three materials and you have your final number, about 2.7 cu³ft of vermiculite, compost and peat moss is needed. Now, some materials may come in quarts, and peat moss is often in bales so there is a lot more there loose than meets the eye. Be prepared to do some math! If you decide to build a taller square foot garden, say 2′ tall, only amend the top 6″ with Mel’s mix. You can fill the bottom with sand or compost.

To mix the materials, use a large tarp. As you add each one to the tarp, spray with water to prevent dust. While mixing, take the precaution of wearing a dust mask and goggles, as small particles from the materials can irritate the nose and eyes. Then add to your square foot garden box and get read for the next step!